OUR WORLD - In the Heart of the Country

In the dry heart of the country, at Wirrealpa station, on the
eastern side of the North Flinders Ranges, this view is what I
woke up to every morning. 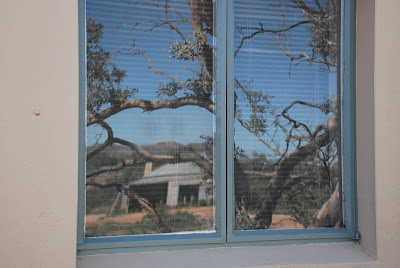 Off I went for a lone walk, even though it was a really hot day.
Although it was autumn, a little rain had brought forth
patches of these purple Solanum. 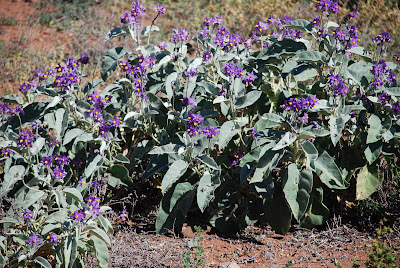 I headed cross-country to the line of trees in the distance
that bordered the dry riverbed of Wirrealpa River. 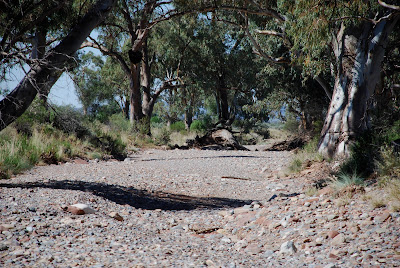 but, don't be fooled, just look at that eroded wall in the
background. A rainstorm in the mountains can send down
a 20' wall of water without warning - much safer to sleep
on the prickles on the bank. 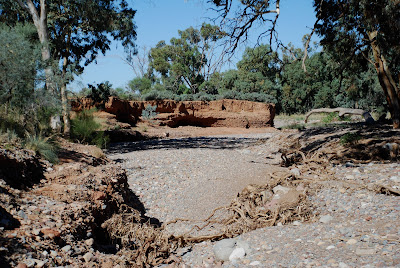 I headed up the riverbed until I reached the road
and of course the view I was expecting to see. 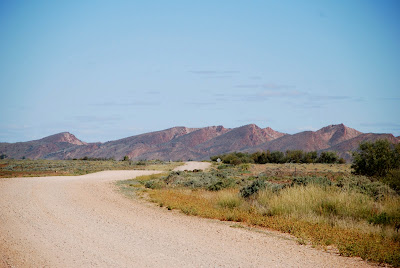 Heading back along two wheel ruts that led past the shearing shed,
I surprised a small mob of sheep who looked rather bemused
to see me there. 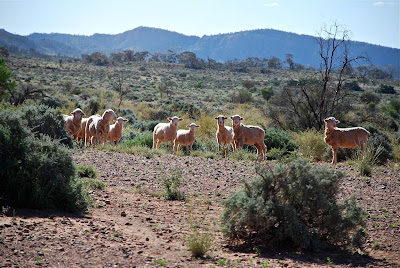 Back to the cottage and a kind offering of fresh eggs
from hostesses chickens. 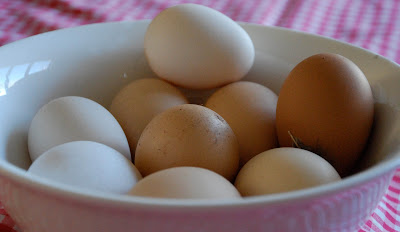 I was tempted to cook some for breakfast on this splendid original
19th century, cast iron stove
but thought better of it and opted for the modern electric range.

It was much too hot to light a fire.
Maybe next time. 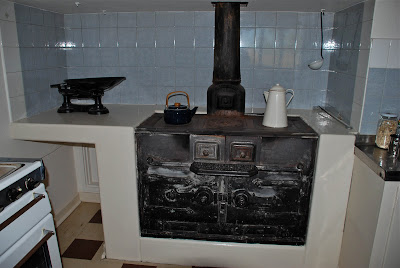