All photos can be enlarged for full effect. Just click
on the photo and enjoy.

COFFIN BAY was discovered by Matthew Flinders
on Feb. 16th. 1802. He named the Bay after Sir Isaak

where his ship, the Investigator was fitted out. 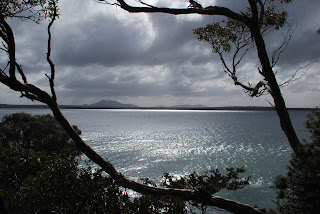 The weather was, to say the least, interesting! 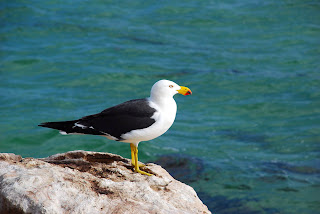 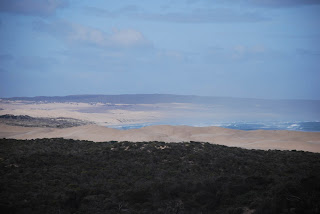 Engage low ratio and drive along two wheel ruts in
the sand, come over a rise and voila! A beach to die for
romantically sequestered under a layer of spume from
the violently thundering brakers, edged by pristine
massive sand dunes. Sheer heaven for those who avoid
beaches with ten people per inch! 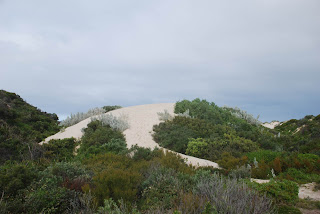 A little car park in the dell and hiking up this to me,
sheer cliff. Some twenty minutes later even I made
it huffing and puffing to the top. To discover that my
hammering heart was well worth it! 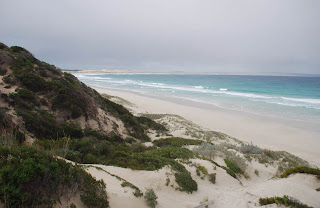 This was the view to the left. When we looked to the right,
disappointment was writ large on our faces, the beach was
OCCUPIED! Shock, horror! 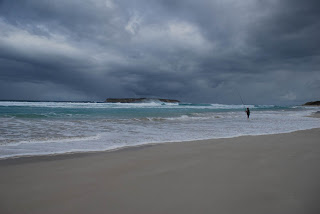 There stood a fellow surf fishing. On closer inspection,
he wasn't a bad bloke at all and even showed us the
sea Salmon he had caught for his dinner. Pity he only
had one, we would gladly have bought one off him.
As you can see, the weather was thickening and we
hot footed it back to our vehicle. 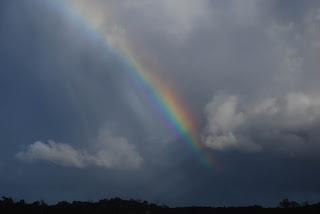 Exploring further, we were greeted by this lovely
rainbow so we knew we were on the right track.
I photographed many wildflowers (see post below),
and when the weather had passed, we were treated to
these pristine dunes below. 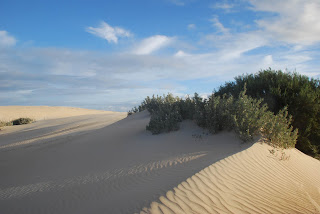 As we left the park to return to our lodging we
we did so by the gentle light of the setting sun. 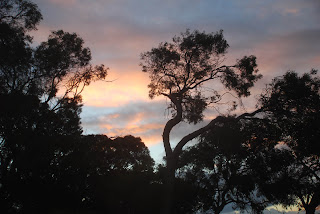 The world is large and varied, click on the Logo on
the right and let yourself be surprised at the beauty
you find there!

To Klaus and the MY WORLD team, as ever my thanks
for providing us with this vhicle to display that which
is dear to us.
Posted by Arija at 4:07 AM