OUR WORLD - North from Orroroo

Isn't Orroroo a great name for a town? I just love the way it rolls
off the tongue. Here we filled up on expensive petrol and I
stupidly left my best sunglasses at the petrol station as we
headed for the hills. 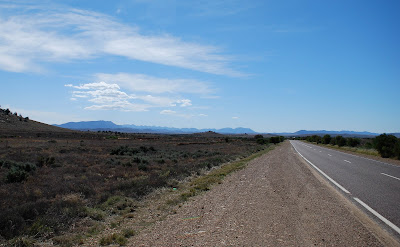 One of those glorious views to the jagged teeth of Wilpena Pound
clad in vivid blue. 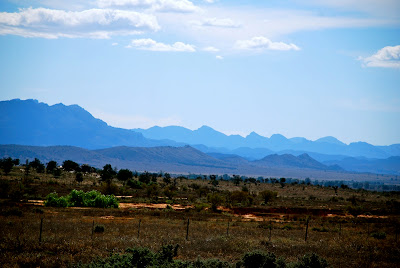 It was on our agenda on the way back, for now, we were heading
to one of my favourite places on this earth, Wirrealpa Station. 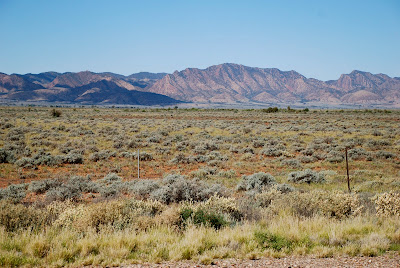 A mountain range we had to pass through to get to the other side.
We navigated 42 creek crossings that had been rushing torrents
after the rains some weeks ago. It was really rough with sharp
and jagged rocks in the floodways. 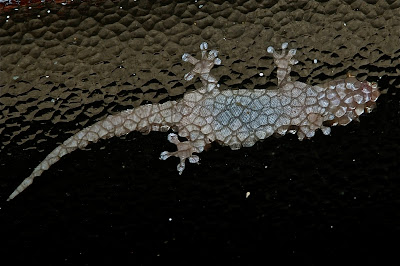 Arrived at the cottage we stayed at at Wirrealpa, we were greeted
by this little two and a half inch gecko on the outside of the
bathroom window. Later we found them inside as well and were
very appreciative of their efforts in eliminating mosquitos. 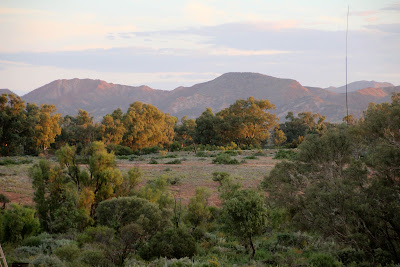 Sunrise next morning lit up the trees along Wirrealpa Creek and
the hills in the distance, 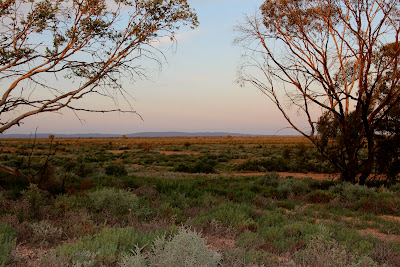 as well as the meat house encased in fly-screen where whole
carcasses once hung to feed the substantial workforce. 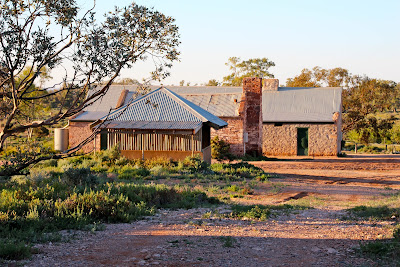 The last three pictures were taken from our cottage. Birds at
the same location will follow tomorrow.