Driving into Arkaroola, this Emu caught my eye.
Not so easy to do precision shooting across a passenger and
keeping the bird in the frame. Apologies for the focus.

No more luxury of drive-by shooting, since I'm sole driver,
either I or the bird has gone by. 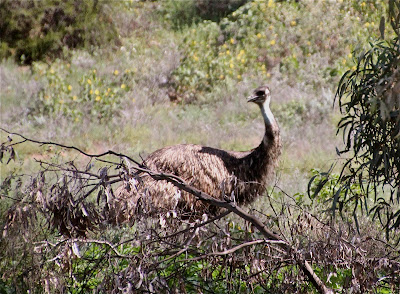 Spiny-cheeked Honeyeater, Acanthagenys rufogularis, not one of
your nice chaps, were he human, you could hear the chains and the
click of flick knives. More on this fellow on a later post. 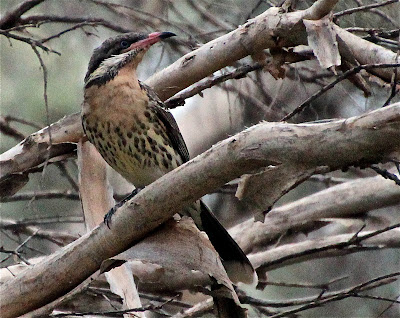 I saw a flash of red and swivelled my hand-held lens and snap!
I thought it was one of our robins but envisage my amazement
when I checked it on the computer 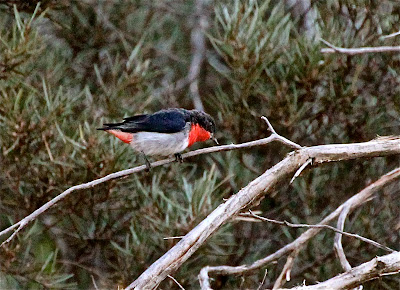 and found it to be a Mistletoebird!!, Dicaeum hirundinaceum.
I thought all my Christmases had come at once. A lifer for me
and a bird I had hardly dared to hope to see, let alone get a shot of. 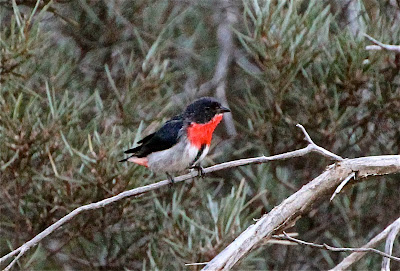 Isn't he just the cutest with that black stripe down his front? 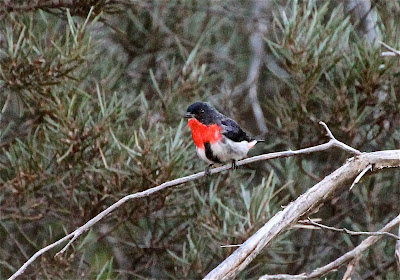 Another bird landed near by and, blind as a bat me thought it
may be the female but fate decreed otherwise,
a second lifer within seconds, a Hooded Robin, Malanodryas
carullata, another of our black and white birds and a charming
little chappy. 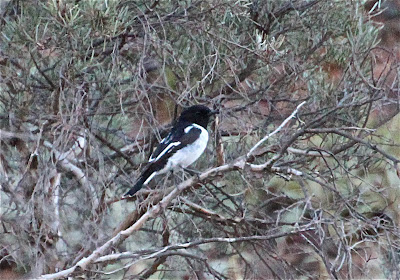 Both the Mistletoebird and the Robin had pretty voices to
recommend them as well. 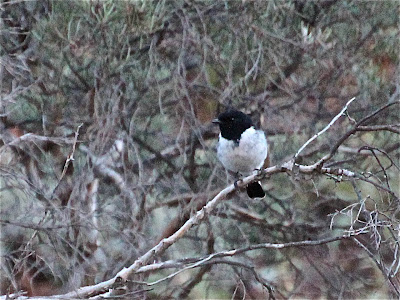 There was so much more in just one morning. I'll leave some for
another day, rather than risk boring you all in one hit.

So, until next time, keep snapping!