The diversity, colour and beauty of nature in the face of salt
spray, never ceases to amaze me. 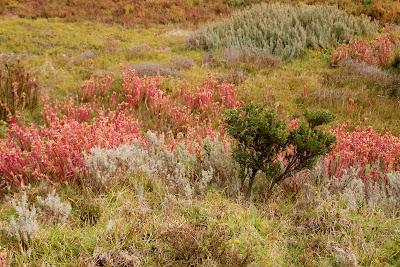 Like a garden of Eden, growing on dune sand and limestone
rock and often in the stench of bad egg gas, Hydrogen Sulphide,
as in this instance where I fled back into the car.

I high tailed it out of there at the top of the speed limit until we
hit some clean air a good quarter of an hour later . . . thank God
we had not had lunch or the situation could have got really ugly. 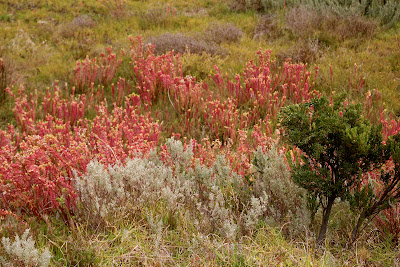 Below you can see the Coorong, and just pick out the
Younghusband Peninsula on the far side. The Coorong was
badly degraded a couple of years ago during a prolonged
drought, when Australia's largest river did not make it to the sea.

The mouth silted up and in consequence, neither fresh nor salt
water could replenish this 100 mile long lagoon that is one of
Australia's premier wetlands. 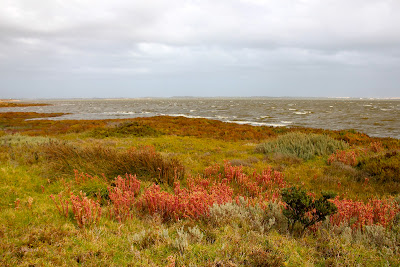