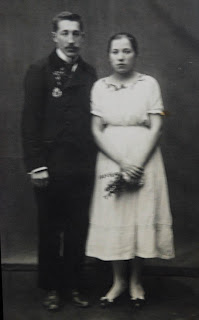 Today would have been my mother's one hundred
and eleventh birthday...
unlike the weddings of today, no designer dress or
multi-thousand $ reception. Just two very serious
young people, my mother, a university student, my
father just discharged army surgeon.

Medical positions were all filled ... they worked at
anything they could find. Father had perfect pitch
and tuned pianos for a while. They farmed but with
the arrival of children, ends refused to meet.

The depression of the thirties did not make things
easier. Father joined the police force reaching the rank
of inspector, mother worked as international telephonist
since she spoke 5 languages.

Their story of the years between the wars is worthy
of a book by itself. It was mother's fortitude that kept
her fledglings safe and together after the terror of 1940
when my father was deported to Siberia.

In 1944, her elder son already twice wounded and sent
back to the front, with the imminent threat of another
Russian invasion, she bundled up her brood and fled.

The story of flight, famine and 5 years of being displaced
persons, fills yet another book.

Starting again in Australia, a strange land, a strange
language and cusoms, even the seasons upside down
and not a penny to scratch with, at 51 years of age was
not exactly a picnic either ... yet she brought us all up
safely and helped each one of us to get a good start in
life. We owe her so much more than life itself. She was
a philosopher and poet who spent her working life in
Australia hunched over a sewing machine in an army
uniform factory just to put a roof over our heads and
send me to university. 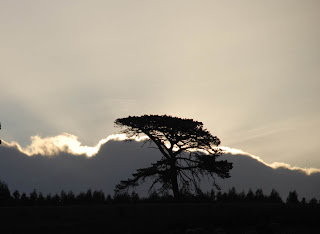