Leaving Second Valley on the coast of South Australia rather
later than I had planned, I noticed the developing sunset. 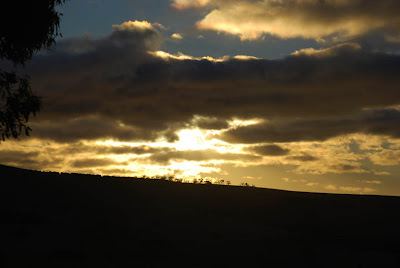 The road was long and windy and the light augured well for
something spectacular to follow. 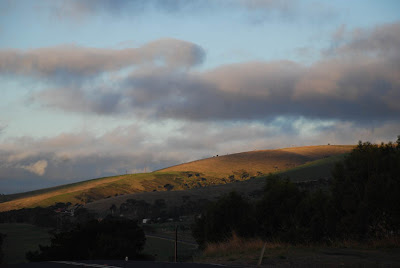 There is one gap in the hills before you can get a view of the sea
and only one place where you can safely stop, so it was pedal to
the metal as I held my breath and hoped to make it. 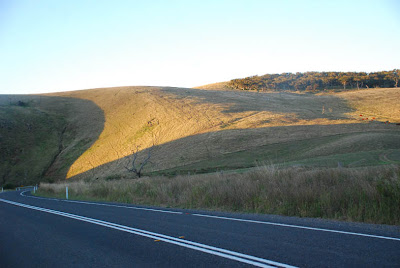 Around the last bend and into the lookout car park.
This first shot, as I wound down my window. 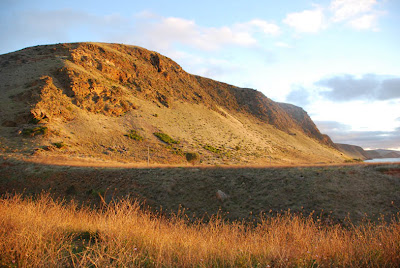 By the time I was out of the car, the light had changed
dramatically and the shadows were lengthening. 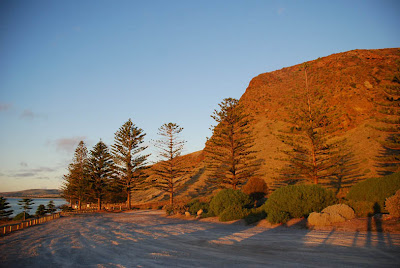 The sea turned into a cauldron of molten gold, 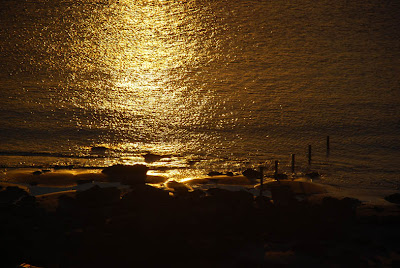 sea, sky and earth were suffused with golden light . . . 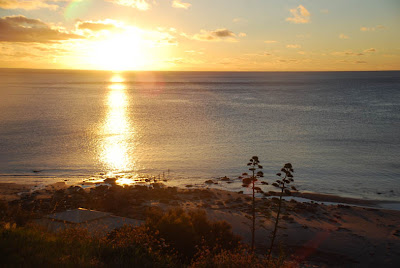 Looking up the coast, the sea was so blue while the coastal
grasses turned red. 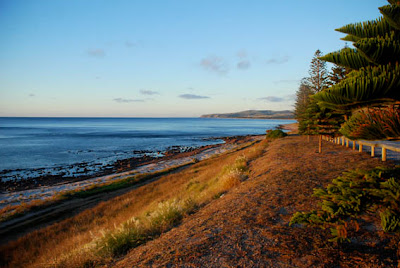 At my feet all was golden, I could have mined my shoes. 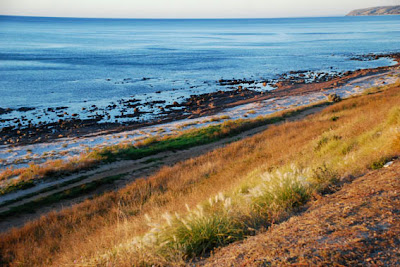 Again, the sun bounced off the water 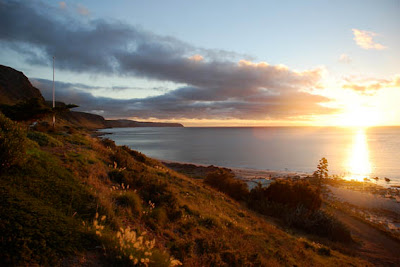 and turned it's molten magnificence into a different tone
of gold. When is too much not enough? When you stand there
bemused by all this glory . . . 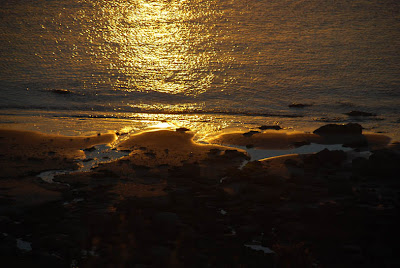 They all enlarge should you wish to do so. All straight off the camera
except for re-sizing.
With thanks to the sponsors of SkyWatch and Nature Notes.
The Logos on my side bar access both sites for you to join or just enjoy.
Posted by Arija at 8:33 PM