Tread softly on this fragile crust and leave only light, green footsteps.
Repair what you can. Don't expect others to save the planet
while you watch it on TV. Get out and plant a tree or shrub in you
own garden or a street plantation, carry a bag in your pocket
and pick up rubbish where you see it, especially in wilderness areas.

These are little things but if we all practice instead of preaching,
it will make a change in the world at large.
After all, we can only teach by example.
If you are too incapacitated to physically care for your environment,
donate to wild life preservation, be it elephant or marsupial mouse,
it all adds up to the survival of species. 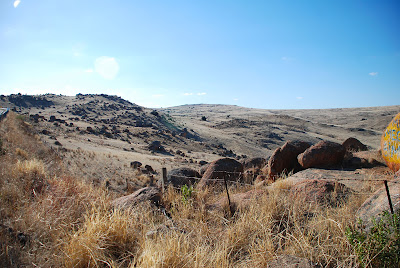 Recently, my daughter drove me to the End of the World,
before the hills drop down to the Murray valley.
On one side of the road, the hills were stripped of their forests
or scrub land in historical times, and heavily overgrazed. 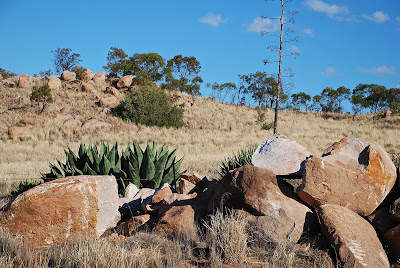 On the other side, there appears a different kind of landowner
one who has removed the stock and is letting the trees reseed.
Oddly enough, the local council is against changed land use and
therefore, against planting forests.

If you want to have your land return to it's old natural state,
you cannot graze it, but only let it regenerate on it's own.
That of course, takes a long, long time and landowners
have a way of changing as time goes by. 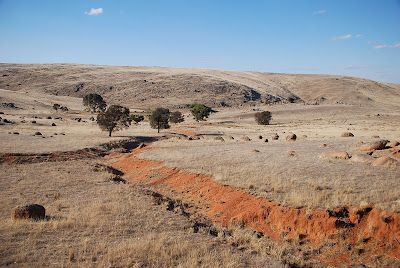 When this fragile land is overgrazed, it is also subject to fierce
erosion as the autumn rains set in. 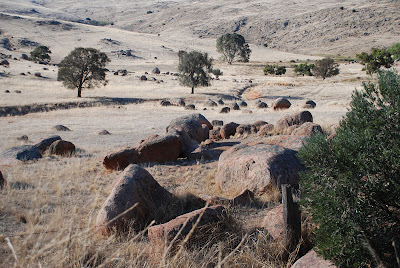 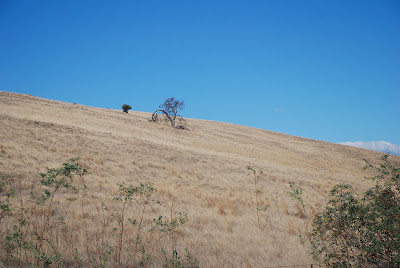 With hills so massively denuded of their normal plant cover,
the seed reserve is small and certainly non-existent for many
plants once endemic to this region. 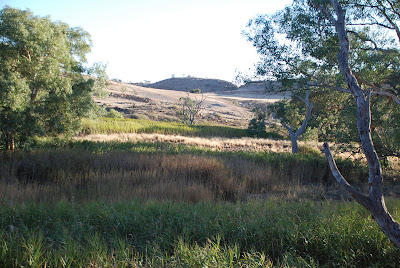 We were actually heading to this little oasis of green on
Reedy Creek but that is for another day.

On this EARTH DAY 2013,
do something to save the earth, not just today but get
into the habit of recycling, mending instead of replacing,
planting instead of cutting down and picking up plastic bottles
and other rubbish along the beaches, waterways and forest tracks.