Oh dear, just a couple of really common birds
and a fish, a fish?
To make matters worse, an imported pest fish! 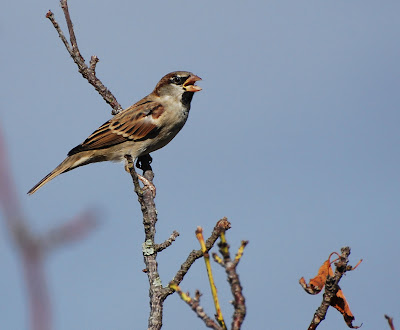 One of our house sparrows, "so what"! I hear you say.

Well, this little bird kept its beak open flying about and landing
here and there without closing it at all. I had to wonder whether
it had tried to swallow something too big and now was stuck in
a very sticky situation. 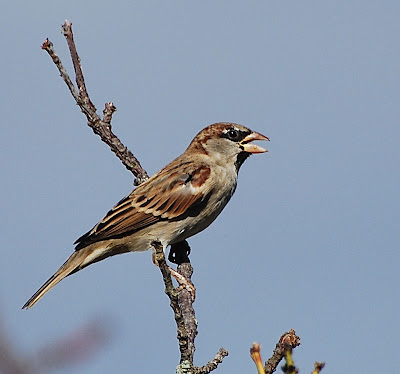 This silly gull I met at the Murray River.
It picked up something it may have thought was a tasty
morsel 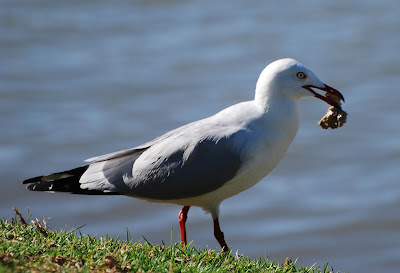 showed it to me and threw it into the river. Nothing is as it seems. 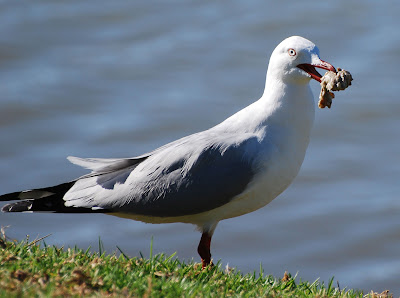 Conversely, a fisherman had pulled this beautiful almost
2 pound carp out of the river and thrown it onto the lawn
behind him. Australians, unlike Austrians, do not honour the
humble carp and with the excuse of saying it tastes of mud
and has too many bones don't even think of eating it.
Once it is caught, it is against the law to throw it back since
they helping the extinction of our native fish. 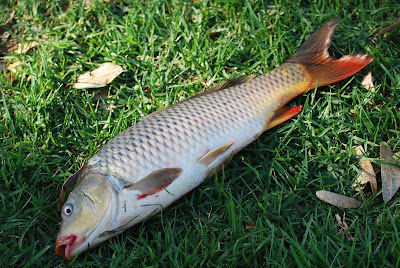 Having spent my early youth in Europe and, in consequence,
being used to freshwater fish with bones one had to be wary of,
I was not going to let it go to waste.  You could not get a
fresher fish. An hour after is stopped swimming in the river, it
was in my pot and made the most delicious soup with
the most delicate white flesh. Yummm!